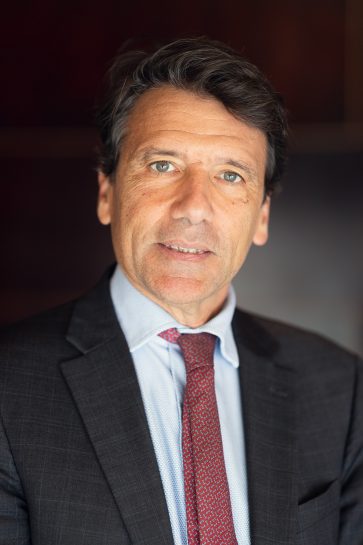 Oviedo in Spain and Manchester University in the UK. He later received his PhD in Psychiatry from Complutense University of Madrid in 1997. Currently, Professor Arango’s major research interests include the neurobiology of early-onset and first-episode psychoses and neurodevelopmental psychopharmacology. He has received more than 65 awards for his work.

Dr. Arango leads one of the few research groups in the world focusing on early-onset psychosis with the largest cohort of pediatric first psychotic episode patients (see CV for more than 150 published papers with data from this cohort consisting of more than 350 children and adolescents with early-onset first-episode psychosis). He has transitioned to the field of early intervention and has created an innovative intervention program for first-episode patients and their families (PIENSA) (Calvo et al, JAACAP 2014, Calvo et al, JAACAP 2015). The program was validated in a RCT and exported to various universities in Europe and the US. He has lobbied for the creation of early intervention services in Spain, resulting in recent successful examples of new services created for this population (Arango et al, RPSM 2017; Csillag et al, Early Intervention 2017, Arango Schiz Bull 2015). Dr. Arango was the PI for the first non-commercial RCT comparing two second-generation antipsychotics in children and adolescents (Arango et al, ECAP 2009; Robles et al, Schiz Bull 2011). He has also headed one of the world’s foremost groups assessing side effects of antipsychotics in children and adolescents and has advanced the field of pediatric psychopharmacology, especially with respect to psychotic disorders (Galling et al, Jama Psychiatry 2016; Arango et al, JAACAP 2014).

Professor Arango was the first Scientific Director of the Spanish Psychiatric Research Network (CIBERSAM) with 24 centers and more than 400 researchers, from its creation in 2008 until 2017. The CIBERSAM coordinated the roadmap for mental health research for the European Commission (Wykes et al, Lancet Psychiatry 2015). He has participated in more than 76 competitively funded research projects and in 13 EU-funded projects.

Professor Arango holds a prominent leading position in European psychiatry. He has been the Coordinator or Principal Investigator on 11 European Commission-funded grants (EU-GEI, OPTiMiSE, Aggresotype, Matrics, ROAMER, EU-AIMS, PSYSCAN, etc.) with funding of well over 200 million euros in total. He was one of the leading researchers who defined the roadmap for mental health research for the European Commission.

He has been past president of the European College of Neuropsychopharmacology, has served on many executive committees of international societies and is currently Chairman of the Spanish Psychiatry and Mental Health Society and Secretary of the Schizophrenia International Research Society since 2022. His leadership in European psychiatry along with his long-standing relationship with US psychiatry (he is a visiting professor at two different US universities) and collaboration with many others may well be of interest to the American College of Psychiatry, blending European and American perspectives.

He has written more than 675 peer-reviewed articles and 11 books, and is on the editorial board for 20 national and international journals.